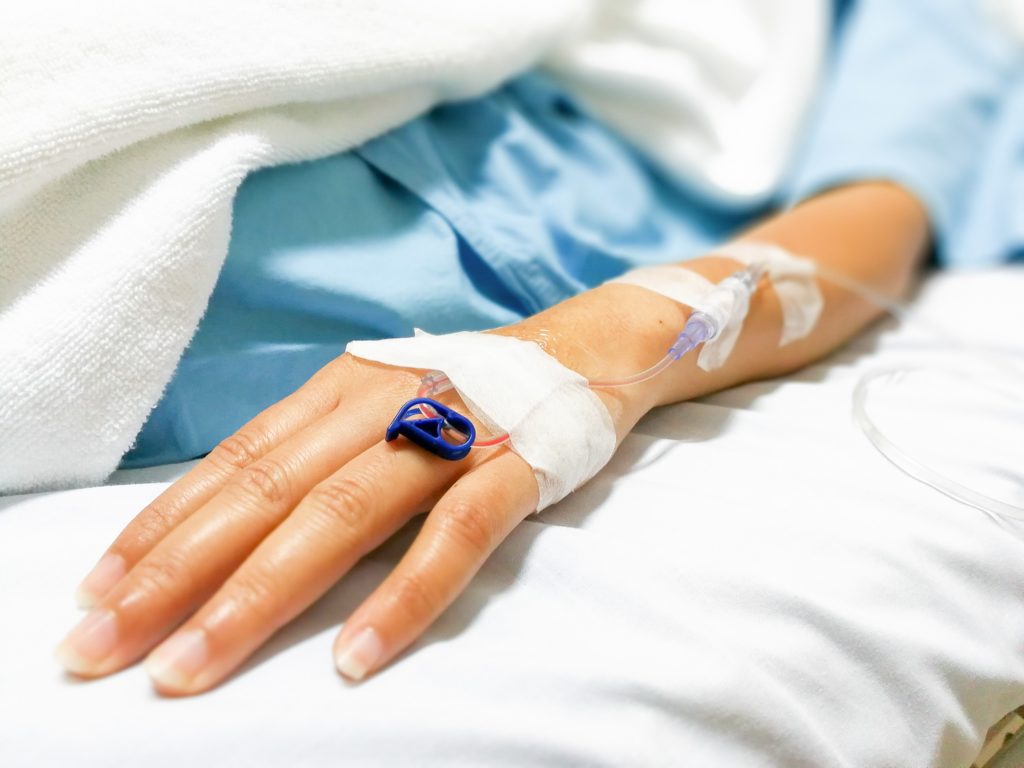 Patients with relapsed or refractory classical Hodgkin lymphoma (RRHL) who progress after an autologous haematopoietic stem-cell transplantation (HSCT) have a poor prognosis, with a median overall survival (OS) of 2.4 years.1-3 OS is similarly poor for patients with primary refractory disease and for patients who are ineligible for an autologous HSCT.4 In recent years, outcomes have improved substantially with the advent of brentuximab vedotin (BV) and PD-1 inhibitors. BV, an antibody–drug conjugate targeting CD30, has shown responses in 75% of patients and is approved for patients with untreated or RRHL.5,6 However, the median PFS remains limited at only 5.6 months, and 42% of patients experience peripheral neuropathy under BV.5 Anti-PD-1 inhibitors, on the other hand, have shown a better PFS and toxicity profile.7-10 Pembrolizumab (PMB) is a monoclonal antibody targeting PD-1 approved for treatment of refractory classical HL and in patients who have disease relapse after three or more lines of therapy (including BV in EU countries and the UK).9-11 Approval was based on results for tumour response and durability of response from the phase 2 KEYNOTE-087 study.8,9 This study showed objective responses observed in 72% of patients and a median PFS of 13.7 months after 27.6 months of follow-up.9

The KEYNOTE-204 trial compared PMB with BV in patients with RRHL and recently the interim efficacy and safety analyses have been published.12 This phase 3 study included 304 adult patients with RRHL and randomly assigned them (1:1) to PMB 200 mg intravenously every 3 weeks (N=151) or BV 1.8 mg/kg intravenously every 3 weeks (N=153).13 Thirty seven percent of 304 patients had undergone previous autologous HSCT and 63% were ineligible for autologous HSCT. Fifty-five patients received one previous line of therapy, 5% had received previous BV. After a median time from randomization of 25.7 months, median duration of treatment was 305 days for PMB and 146 days for BV. The median PFS was reported at 13.2 months for PMB as compared to 8.3 months for BV (HR[95%CI]: 0.65[0.48–0.88]; p=0.0027). This PFS benefit for PMB was consistently seen across multiple subgroups, including patients with primary refractory disease and those ineligible for autologous HSCT.

Results for the key secondary endpoint of objective response rate ORR provided additional supportive data for improved efficacy in the PMB group. An ORR was achieved in 65.6% in the PMB group and 54.2% in the BV group. Among responders to treatment, the median duration of response was 20.7 with PMB and 13.8 months with BV. Treatment was discontinued in 74% of patients receiving PMB and 96% receiving BV, most often because of investigator-determined progressive disease (39% and 49%) or adverse events (AEs, 14% and 19%).

The safety profile of PMB was better than that for BV in this heavily pre-treated patient population and was generally consistent with previous reports.7-9 Most AEs were predictable, reversible, and manageable. Common immune-mediated AEs with PMB, including hypothyroidism and pneumonitis, were generally self-limiting and grade 1 or 2 and did not warrant a dose reduction or discontinuation. Grade 3–5 immune-mediated AEs, most frequently pneumonitis, occurred in the PMB group (4% vs. 1% in the BV group). In contrast, peripheral neuropathy and peripheral sensory neuropathy were common with BV. Serious treatment-related AEs occurred in 16% of patients receiving PMB and 11% of patients receiving BV. Five patients died because of AEs: three in the PMB group and two in the BV group. Only one death in the study was considered related to study treatment by the investigators, which was in the PMB group.

In conclusion, PMB showed statistically significant and clinically meaningful improvement in PFS compared with BV. The safety profile of PMB is consistent with previous reports but seems less favourable compared to BV. More RCTs and longer follow up results of the KEYNOTE-204 will need to provide the support to PMB as safe standard of care in the treatment of RRHL.