Loncastuximab tesirine for the treatment of diffuse large B-cell lymphoma 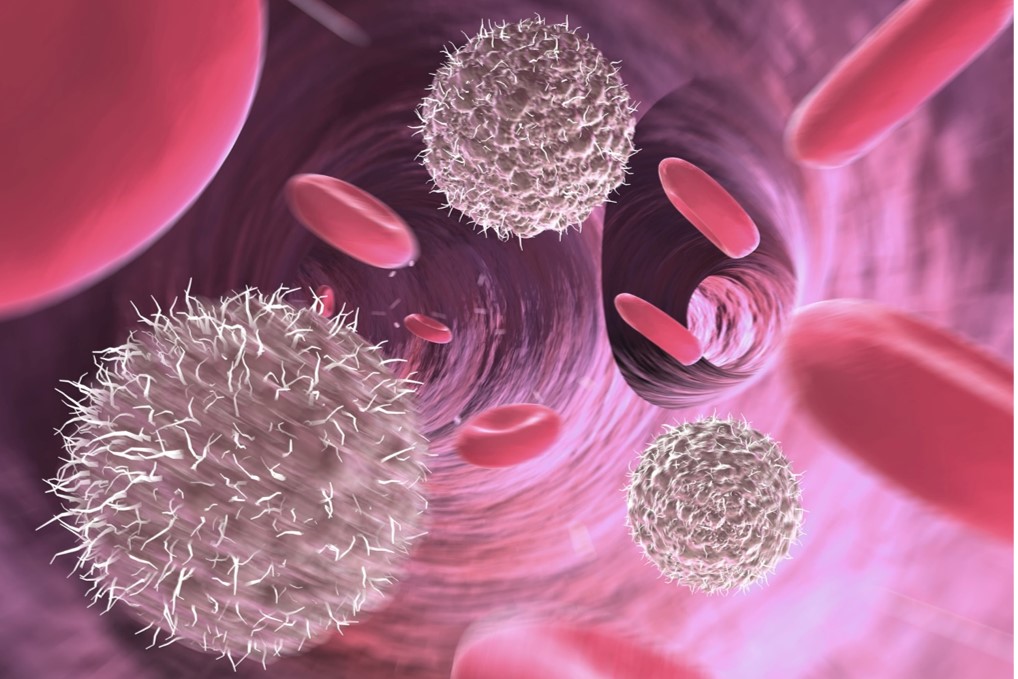 There is still an unmet medical need for patients with relapsed/refractory diffuse large B-cell lymphoma (DLBCL). The CD19-targeting antibody-drug conjugate (ADC) loncastuximab tesirine is approved by the US Food and Drug Administration for relapsed DLBCL after two lines of systemic therapy, based on a trial showing a 48.3% overall response rate in this setting. To date, the spectrum of its clinical applications is expanding and loncastuximab tesirine is now also being tested in other B-cell malignancies.

Diffuse large B-cell lymphoma (DLBCL) is the most common subtype of non-Hodgkin lymphoma (NHL). About 60% of DLBCL patients will be cured with initial standard chemoimmunotherapy. However, 10-15% of patients treated with R-CHOP have primary refractory disease and an additional 20-25% will have a relapse after an initial response. Although salvage therapy can be an effective treatment option for patients with chemotherapy-sensitive relapse, more than half of the patients will not have long-term disease control and a significant proportion of patients are not eligible for aggressive treatment. Patients who do not achieve a response to second-line treatment or who relapse after high-dose therapy and autologous stem cell transplantation used to have limited options. The introduction of CAR-T cell therapy allowed to achieve durable complete response rates of around 30-40%. Unfortunately, the prognosis remains poor for those patients who display an unsatisfactory response to CAR-T cells or experience disease relapse. CD19-targeting antibody-drug conjugates (ADCs) have the potential to improve the clinical outcomes of these patients with adverse prognostic factors.

The surface glycoprotein CD19 is a B cell-specific member of the immunoglobulin superfamily expressed during most stages of lymphopoiesis. CD19 expression is specific to B cells and B-cell malignancies, with no expression in haematopoietic stem cells, rendering the CD19 antigen a very attractive therapeutic target. ADCs are immunoconjugates comprising an engineered monoclonal antibody chemically attached to a cytotoxic drug (the payload) via a stable chemical linker. The result is a molecule capable of precise delivery of a cytotoxic drug to the target cell, resulting in an enhanced on-tumour effect while minimising off-target activity.

Common payloads include auristatin derivatives, calicheamicin, indolinobenzodiazepines, and duocarmycins. More recently, pyrrolobenzodiazepines (PBDs) have been successfully tested in numerous preclinical and clinical studies. PBDs are interstrand minor groove DNA cross-linking agents, which present numerous advantages compared with other cytotoxic payloads. Among them, PBDs do not distort the structure of DNA and can therefore effectively evade mechanisms of DNA repair. This allows for a prolonged cytotoxic activity to also eradicate slowly replicating tumour cells, which harbour clones that may promote disease resistance or recurrence. The anti-CD19 ADC loncastuximab tesirine, containing the PBD dimer payload SG3199, demonstrated to have a specific activity for CD19+ cells in vitro, and its killing activity was positively correlated to CD19 surface expression.

Efficacy and toxicity profile of loncastuximab tesirine in relapsed NHL

All patients experienced treatment-emergent adverse events, which mainly included haematologic toxicity, fatigue, nausea, and rash. Most common grade ≥3 adverse events (AEs) included neutropenia (26%), thrombocytopenia (18%), and elevation of gamma-glutamyl transpeptidase (GGT) (16%) in the absence of other signs of liver toxicity. Contrary to other ADCs, peripheral neuropathy was not a common AE. Of note, no cases of tumour lysis syndrome or tumour flare occurred. The drug was discontinued because of treatment-emergent AEs in 23% of patients. Most discontinuations were due to grade ≥ 3 elevation of GGT (10%). Importantly, especially when considering the demographics of DLBCL, loncastuximab tesirine did not reveal toxicity concerns for patients aged ≥ 65 years.

Loncastuximab tesirine possesses attractive features, including a rapid action, and, in contrast to other novel immunotherapies and cellular therapies, does not appear to cause tumour flare or tumour lysis syndrome, allowing for a safe outpatient administration. The potential applications of loncastuximab tesirine are broad. Therefore, it is currently being tested in other clinical settings as well as in other subtypes of NHL. In the future, CD19-targeting ADCs like loncastuximab tesirine could be incorporated earlier in the treatment course, both as monotherapy and in combination regimens, especially for patients who cannot tolerate standard therapy or require rapid debulking. Further, they may become a treatment option for certain subtypes of NHL with unfavourable biological characteristics and for patients failing cellular therapy and novel drugs. Numerous ongoing clinical trials will soon shed light on the therapeutic potential of CD19-targeting ADCs, as well as their optimal modality of use in the context of standard and novel treatment alternatives.