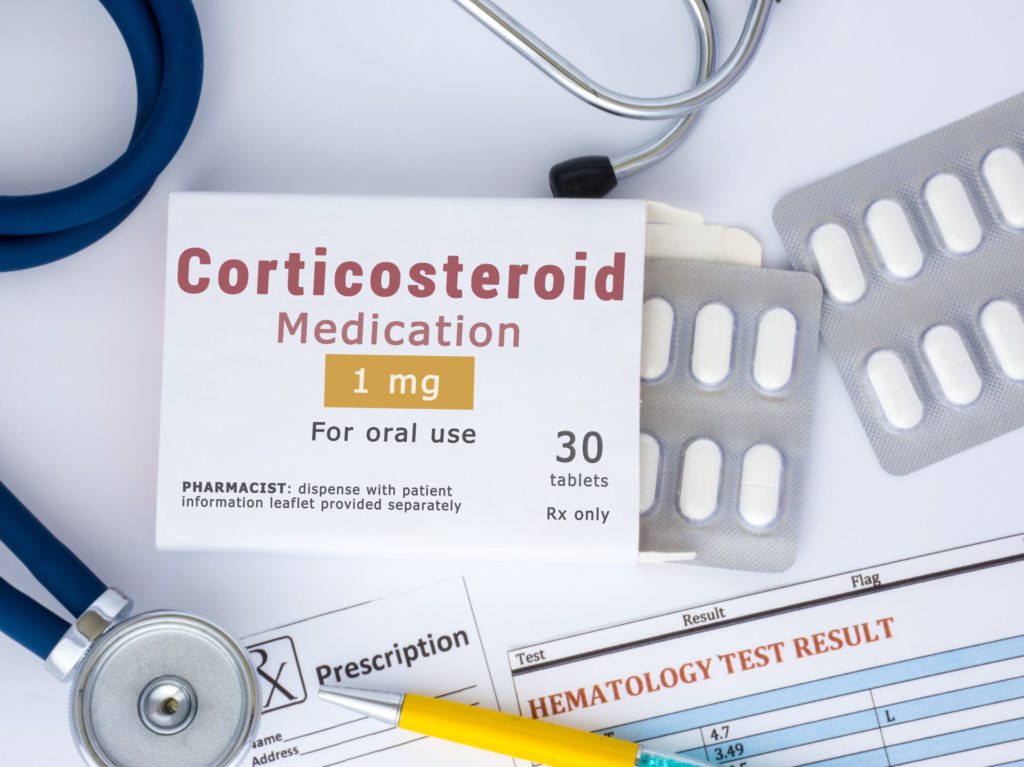 “CGVHD is a serious complication of allogeneic stem cell transplantation that impairs outcome. No standard second-line treatment after corticosteroids has been defined. This phase 3 randomised controlled trial shows that ruxolitinib (10 mg twice daily) in glucocorticoid-refractory dependent cGVHD led to a significant higher overall response, symptom response and failure-free survival compared to the control group treated with available options including ibrutinib and extracorporeal photophoresis. The authors mentioned that cGVHD in lungs and liver were still hard to treat and a low threshold to exclude infections if new signs and symptoms occurred must be adopted. Although longer follow up is needed to show a survival benefit, a reduction of symptoms and glucocorticoid dose will improve general quality of life of this hard-to-treat patient group.”

Chronic graft-versus-host disease (GvHD) can be a major complication of allogeneic stem-cell transplantation. Although GvHD can be controlled with corticosteroids, approximately 50% of patients with GvHD become glucocorticoid-refractory or glucocorticoid-dependent. Retrospective studies have identified the Janus kinase (JAK1/JAK2) inhibitor ruxolitinib as having potential efficacy in patients with glucocorticoid-refractory or –dependent chronic GvHD.  However, until now there has been a lack of robust randomised phase III studies evaluating second-line treatment options for these patients.

The REACH3 open-label trial randomised (1:1) 329 patients with glucocorticoid-refractory or –dependent chronic GvHD to receive ruxolitinib (10 mg twice daily), or investigator’s choice of therapy from a list of ten commonly used options, considered best available care. Eligible patients were 12 years or older with moderate or severe glucocorticoid-refractory or –dependent chronic GvHD. The primary endpoint of this study was overall response rate (ORR) at week 24, with key secondary endpoints of failure-free survival and improved score on the modified Lee Symptom Scale at week 24.

The occurrence of adverse events (AEs) of grade 3 or higher was similar in the two groups (57.0% and 57.6% for the ruxolitinib and control arms respectively). The most common grade ≥3 adverse events were thrombocytopenia (15.2% in the ruxolitinib group, and 10.1% in the control group), anaemia (12.7% vs. 7.6%, respectively), neutropenia (8.5% and 3.8%) and pneumonia (8.5% and 9.5%). AEs led to treatment discontinuation in 16.4% of patients who were treated with ruxolitinib and in 7.0% of patients who received control therapy. Crucially, the incidence of cytomegalovirus infections and reactivations were similar between the two groups (5.5% and 8.2%). As off the data cut-off, 18.8% of patients on ruxolitinib and 16.5% of patients on control therapy had died, primary due to complications caused by chronic GvHD, treatment or infections.

In this study, ruxolitinib was able to significantly improve response rates, offering a longer failure-free survival and better symptom response for patients with glucocorticoid-refractory or –dependent chronic GvHD. However, rates of thrombocytopenia and anaemia were higher with ruxolitinib.