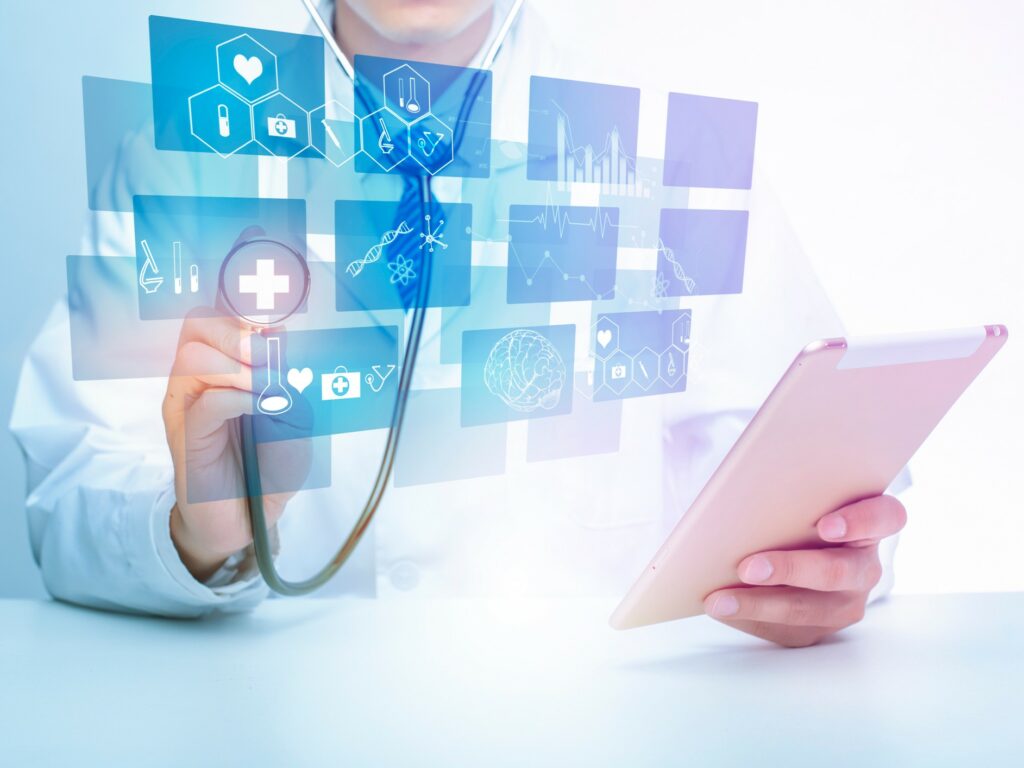 The prognosis of diffuse large B-cell lymphoma (DLBCL) is classically assessed by the International Prognostic Index (IPI). However, as developments in diagnosis and therapy improve prognosis of these patients, the ability of IPI to estimate treatment failure reduces. This study presents a simple and robust prognostic index that predicts outcomes for DLBCL better than IPI. This model comprises three factors: baseline metabolic tumour volume, age and tumour stage.

The prognosis of diffuse large B-cell lymphoma (DLBCL) is assessed by the International Prognostic Index (IPI), which was introduced in 1993. Since then, developments in diagnosis and therapy have improved the prognosis of DLBCL, especially for high-risk groups. Therefore, although IPI remains prognostic, its ability to estimate treatment failure has reduced. Metabolic tumour volume (MTV) using 18-fluorine fluorodeoxyglucose positron emission tomography-computed tomography (FDG-PET-CT) is a promising prognostic biomarker in several lymphoma subtypes, including DLBCL. The aims of this study were to determine the best statistical relationship between MTV and survival, and to compare MTV with IPI and its individual components to derive the best prognostic model.

This study included 1,241 newly diagnosed patients with DLBCL from five published research studies using baseline 18F-FDG PET. The primary endpoint was 3-year progression-free survival (PFS). Secondary endpoints were 3-year overall survival (OS) and time to progression (TTP). The associations of survival endpoints with MTV and IPI and its components were examined in a stepwise fashion. In step 1, the relationship between baseline MTV as a continuous variable and the endpoints was examined using Cox regression models. Transformations of the MTV variable tested were cubic root transformation, natural log transformation, squaring, restricted cubic spline, and linear spline (LSP) models. Transformations of MTV were compared with a linear model to determine the best shape and fit for MTV with survival. In step 2, the best fitting transformation for MTV from step 1 was compared with IPI risk categories (low, low-intermediate, high-intermediate, and high-risk) for the prediction of survival endpoints. Finally, in step 3 and using the best fitting transformation of MTV as a comparator, nine models were evaluated combining MTV with IPI categories and combining MTV with individual IPI components (age, stage, LDH, PS, and extranodal involvement). Validation of the best model was performed using four studies as a test set and the fifth study for validation and repeated five times.

The clinical data and MTV measurements from the five studies were merged into a data set. At three years, PFS was 74.5%, OS was 81.8%, and TTP was 79.7%. The best relationship for MTV and survival was a LSP model with one knot located at the median MTV value of 307.9 cm3 (step 1). Concordance was higher for MTV (c-index= 0.650 and 0.667 for PFS and OS, respectively) than for IPI (c-index= 0.619 and 0.646, respectively). This is supported by their Akaike information criterion (AIC) values, which were lower for MTV. Hence, MTV was a better predictor than IPI for PFS and OS (step 2). Models that combined MTV and IPI were better than models using MTV or IPI alone for predicting PFS and OS on the basis of AIC and the cross-validated c-index (step 3). MTV was always the strongest predictor in all the models examined. It was also examined whether it was possible to obtain the same or better prediction by adding one or more individual IPI factors to MTV. Better prediction for PFS and OS was obtained when adding age (older or younger than 60) and stage (early/advanced).  Subsequently, the new MTV-age-stage model was compared with IPI. The population was divided into three groups on the basis of the expected clinical outcomes: highest risk (highest 10%) corresponding to primary refractory disease incidence, intermediate risk (middle 30%) corresponding to relapse after the initial response, and lowest risk (lowest 60%) corresponding to long-term remission. Survival analysis showed excellent performance for the new International Metabolic Prognostic Index (IMPI) model, with significant separation of three groups and better performance than IPI for the highest-risk group in particular. 3-year PFS for the highest-risk group in the IMPI was 46.3%, and 3-year OS was 51.5% compared with 58.0% and 66.4%, respectively. A regression formula was derived to estimate individual patient survival probabilities.

This study presents a simple and robust prognostic index that predicts outcomes for DLBCL better than the classical IPI. The new IMPI model uses three factors: MTV as representative of total disease burden, stage as a measure of disease dissemination, and age reflecting the biologic reserve of the patient. These factors are used as continuous variables, which allows individualised estimates of patient outcomes. This new model can be used in clinical practice and clinical trials for adults with newly diagnosed DLBCL.