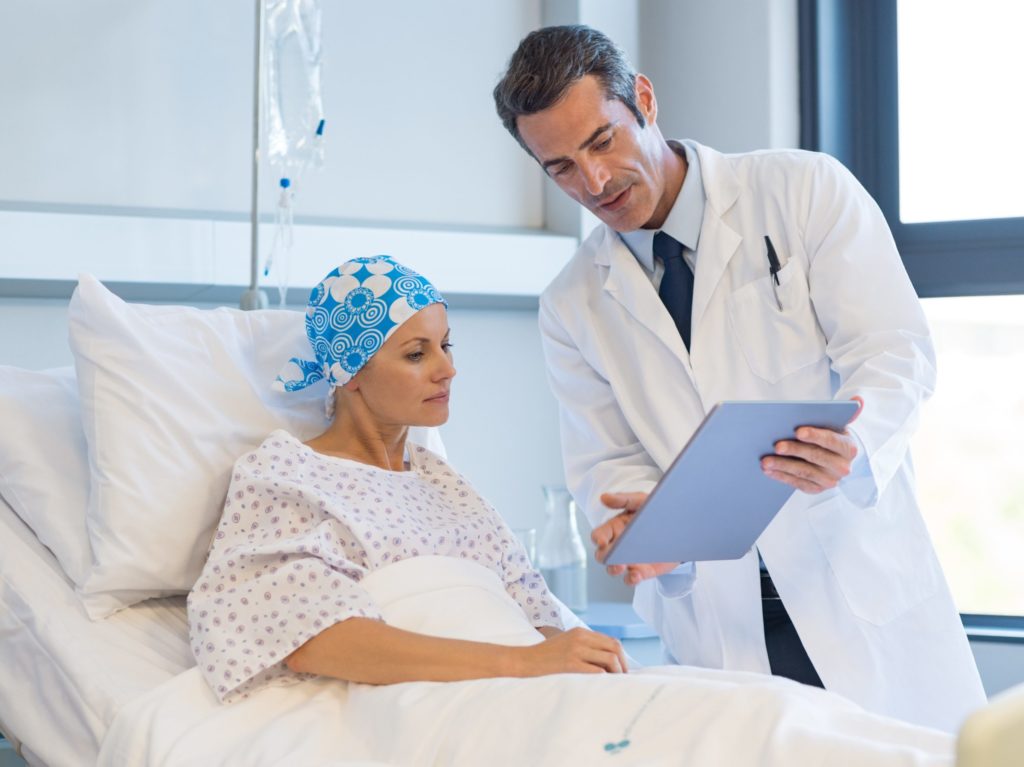 The ENESTop study evaluated treatment-free remission (TFR) in patients with chronic myeloid leukaemia (CML) in chronic phase who had received ≥3 years of tyrosine kinase inhibitor therapy and achieved sustained deep molecular response only after switching from imatinib to nilotinib. Results from a five-year update further confirm the durability and safety of TFR for patients receiving second-line nilotinib.

“The 5-year update of the ENESTop confirms that even CML-CP patients receiving the second-line TKI nilotinib, after previous failure of imatinib, can stop the TKI after sustained deep molecular remission and remain treatment free in 42.9% of cases due to persistent molecular response. The update shows once more that TFR success is higher in patients with a longer TKI treatment and a longer duration of stable deep molecular response.  The future could teach us if reduced molecular monitoring the first years after TKI stop can be recommended without compromising optimal response to restarting the TKI.”

Treatment-free remission (TFR) – stopping tyrosine kinase inhibitor (TKI) therapy without loss of response – is an emerging treatment goal in chronic myeloid leukaemia (CML). The phase II ENESTop study therefore evaluated TFR in patients with chronic-phase CML with sustained deep molecular response following second-line treatment with nilotinib. Eligible patients had received ≥3 years of treatment (including >4 weeks of imatinib followed by ≥2 years of nilotinib) and had achieved MR4.5 (BCR-ABL1IS ≤ 0.0032%) while on nilotinib. Patients without confirmed loss of MR4.5 after one year of consolidation treatment could attempt TFR. After one year of nilotinib consolidation, 126 patients attempted TFR. In the primary analysis, 57.9% (73/126) of patients remained in TFR 48 weeks after stopping nilotinib. Patients with a loss of major molecular response (MMR, BCR-ABL1IS >0.1%) or confirmed loss of MR4.0 (BCR-ABL1IS >0.01% in two consecutive assessments) during TFR reinitiated nilotinib treatment.

There were no cases of disease progression or death due to underlying CML. A general trend towards decreasing rates of adverse events (AEs) was observed during the TFR phase, from 86.0% in the first twelve months to 49.1% in the fifth twelve months among patients who remained in TFR after the fourth twelve months. The musculoskeletal pain AE rate was high during the first twelve months of TFR (52.6%) but by the fifth twelve months of TFR was lower (8.8%) than during consolidation (10.5%). In patients reinitiating nilotinib (N= 59), the rate of all-grade AEs was higher than during consolidation treatment (94.9% vs. 77.9%), with a cumulative increase in cardiovascular events with longer nilotinib exposure. Overall all-grade AE rates were similar between patients re-initiating nilotinib due to loss of MMR (94.1%) or confirmed loss of MR4.0 (96.0%), with the most common AEs being hypertension (26.5% vs. 32.0%), arthralgia (20.6% vs. 8.0%), constipation (11.8% vs. 20.0%) and hyperglycaemia (26.5% vs. 0%).

Overall, these results confirm the durability and safety of TFR for patients with chronic phase CML receiving second-line nilotinib. The majority of patients requiring nilotinib re-treatment rapidly regained MMR, MR4.0 or MR4.5. However, cardiovascular risk should be carefully managed, particularly when reinitiating treatment after TFR.