Ivosidenib plus azacitidine for patients with IDH1-mutated acute myeloid leukaemia 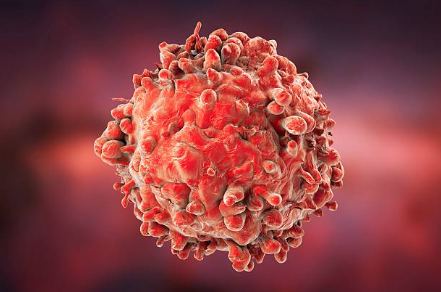 Results of the randomised, phase III AGILE trial, published in the New England Journal of Medicine earlier this year, convincingly demonstrate that the addition of ivosidenib to azacitidine significantly prolongs the event-free (EFS) and overall survival (OS) of patients with newly diagnosed, IDH1-mutated acute myeloid leukaemia (AML) who are ineligible for intensive induction chemotherapy.1 Furthermore, this clinical benefit was accompanied  by a favourable health-related quality of life (HRQoL) and a higher conversion rate to transfusion independence.

AML is a heterogeneous myeloid cancer that mainly affects older adults. The standard of care frontline treatment for patients with AML consists of intensive induction chemotherapy, but for less fit patients less intensive, non-curative regimens are being used. While progress has been made with novel regimens, the outcome for unfit AML patients remains to be poor. Somatic mutations in the gene encoding isocitrate dehydrogenase 1 (IDH1) occur in 6 to 10% of AML patients and therapeutic targeting of this alteration is therefore an attractive strategy. In this light, data from a phase 1b trial suggested encouraging clinical activity with a combination of the IDH1-inhibitor ivosidenib and azacitidine in a small cohort of newly-diagnosed, IDH1-mutated AML. These findings formed the basis for the phase III AGILE study in which this combination was compared to placebo plus azacitidine in a randomised-controlled setting.

In this study, ivosidenib (500 mg) or matched placebo was administered orally, once daily, combined with azacitidine (75 mg/m2 SC or IV for 7 days in 28-day cycles). All patients were treated for a minimum of six cycles unless a relapse, disease progression, unacceptable toxic effects, or death occurred. In order to be eligible for the study, patients had to be ≥18 years old, have a centrally confirmed diagnosis of previously untreated IDH1-mutated AML and be deemed ineligible for intensive induction chemotherapy. The latter was defined as an age of ≥75 years or at least one of the following medical conditions: an ECOG performance-status score of 2, a severe cardiac or disorder (e.g., congestive heart failure resulting in treatment, a left ventricular ejection fraction of ≤50%, or chronic stable angina), a severe pulmonary disorder (e.g., a diffusing capacity of the lungs for carbon monoxide of ≤65% or a forced expiratory volume in 1 second of ≤65%), a creatinine clearance <45 ml/m, or a bilirubin level >1.5 times the upper limit of normal. The primary endpoint of the study was event-free survival (EFS) defined as the time from randomisation until treatment failure (i.e., no complete remission by week 24), relapse from remission, or death from any cause, whichever occurred first.

The combination of ivosidenib and azacitidine significantly improves the EFS, OS, and clinical response compared to placebo plus azacitidine in newly diagnosed patients with IDH1-mutated AML who are ineligible for intensive chemotherapy. Furthermore, this clinical benefit was also supported by favourable health-related quality of life data with ivosidenib-azacitidine. The combination was shown to be safe and tolerable, with fewer infections reported relative to placebo plus azacitidine.