Forgot Password? Not a member yet? Register here
News > Clinical practice > Genome sequencing as an alternative to cytogenetic analysis in myeloid cancers

Genome sequencing as an alternative to cytogenetic analysis in myeloid cancers 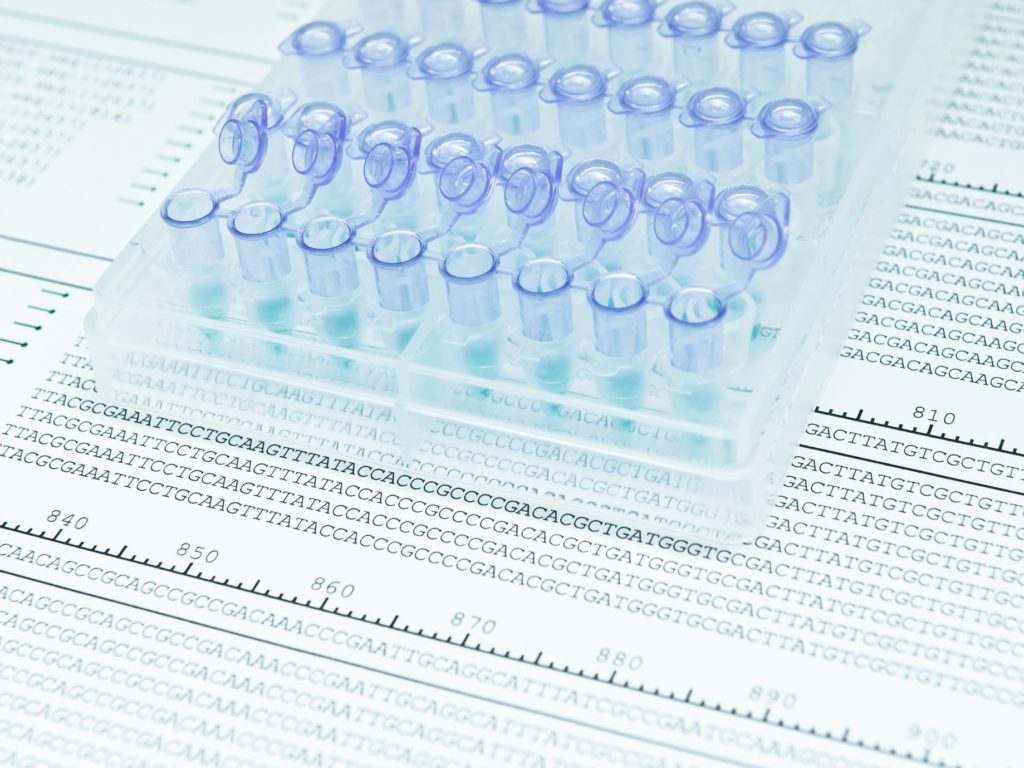 Genomic sequencing might be a better option than cytogenetic analysis in myeloid cancer. A new study underlines that genomic sequencing increases the yield of clinically relevant findings and facilitates a better risk stratification for these patients.

Genetic profiling is a routine component of the diagnostic workup for an increasing number of cancers and is used to predict clinical outcomes and responses to targeted therapies. Whole-genome sequencing (WGS) is an unbiased method of detecting all types of mutations1 and could potentially be used to replace current testing algorithms. It can be used to rapidly survey the entire genome for an expanding number of key mutations and structural alterations with only a small amount of DNA.2 Genomic abnormalities are important for the diagnostic classification and risk assessment in patients with acute myeloid leukaemia (AML) and myelodysplastic syndromes (MDS). In fact, recurrent chromosomal abnormalities are the basis for the AML genomic classification system of the World Health Organization, and the association of these alterations and certain genetic mutations with clinical outcomes.3-5 This has led to the development of algorithms for genetic risk stratification in patients with AML.3,6 But accuracy, feasibility, and clinical utility of WGS still needs to be demonstrated.

In a study Duncavage, et al. they obtained genomic profiles for 263 patients with myeloid cancers, including 235 patients who had undergone successful cytogenetic analysis.7 Retrospective samples (N=146) were obtained from cryopreserved diagnostic bone marrow (BM) or peripheral-blood specimens. Prospective samples (N=117) were obtained from fresh BM aspirate or peripheral-blood specimens collected from consecutive, unselected patients for whom clinical cytogenetic analysis by means of karyotyping had been requested from May 2019 through February 2020.  They adapted sample preparation, sequencing, and analysis to detect mutations for risk stratification using existing European Leukaemia Network (ELN) guidelines3 and to minimize turnaround time. The performance of WGS was measured by comparing the results with findings from cytogenetic analysis and targeted sequencing (FISH, PCR, chromosomal microarray analyses and RNA-sequencing data).

By using a streamlined approach for the WGS (ChromoSeq) that was designed to provide comprehensive genomic profiling of clinically relevant mutations, the investigators aimed to take away some of the logistical barriers. This minimized turnaround time and technical complexity, used scalable methods of sample preparation that can be performed by a single technician in less than 8 hours with commercially available reagents, followed by standard high-throughput sequencing.

With WGS all 40 recurrent translocations were detected as were the 91 copy-number alterations that had been identified by cytogenetic analysis. In addition, new clinically reportable genomic events were identified in 40 of 235 patients (17.0%). The investigators compared genetic mutations that were identified on WGS with those that were identified on high coverage (>500×) targeted clinical sequencing involving 102 patients. This revealed sensitivities of 84.6% for single-nucleotide variants and 91.5% for insertion–deletion mutations, along with a positive predictive value of more than 99% for variants with a minimum variant allele fraction of 5%. False negatives occurred either because the variants were present in sub-clones or were at low coverage positions on WGS; such variants were more readily detected with higher coverage sequencing. The feasibility of using WGS for routine clinical testing was evaluated by prospectively sequencing samples obtained from 117 consecutive patients. This was done in a median of 5 days and provided new genetic information in 29 patients (24.8%), which changed the risk category for 19 patients (16.2%). These new abnormalities included cryptic or complex chromosomal rearrangements, new copy-number alterations that resulted in a complex karyotype, and identification of either a normal karyotype or cytogenetic abnormalities in patients with inconclusive or unsuccessful results by cytogenetic analysis.

The question then is whether WGS be used in place of cytogenetic analysis to predict clinical outcomes using existing genetic risk groups? To avoid the confounding effect of hematopoietic stem-cell transplantation (HSCT) on outcome, the analysis was focused on 71 patients with AML who did not undergo HSCT; 58 patients received intensive induction chemotherapy, whereas the remaining 13 were treated with hypomethylating agents. These patients were assigned to a genetic risk group on the basis of WGS alone or conventional testing. Risk-group assignments that were based on conventional testing were in agreement with the results from WGS for 89%; 8 patients were reassigned to a different risk category, including 5 who had new adverse-risk findings that were identified by WGS. WGS provided slightly better identification of patients with adverse risk and poor outcomes than conventional testing, with a HR for death of 0.32 (95%CI: 0.11 to 0.92) on age-adjusted Cox regression analysis, as compared with a HR of 0.66 (95%CI: 0.17 to 1.05) by conventional risk-group analysis. Standard AML risk groups, as defined by sequencing results instead of cytogenetic analysis, correlated with clinical outcomes. WGS was also used to stratify patients who had inconclusive results by cytogenetic analysis into risk groups. In this cohort, WGS identified risk-defining chromosomal abnormalities in 4 patients, including KMT2A and RUNX1–RUNXT1 rearrangements or a complex karyotype. They found a survival difference that was superior to that resulting from the assignment of patients to risk groups on the basis of gene mutations alone.

In conclusion, this study demonstrates the clinical utility of WGS for the genomic evaluation of patients with AML or MDS. It provides rapid and accurate genomic profiling and risk stratification and can have a greater diagnostic yield than conventional cytogenetic analysis. Especially for those with inconclusive results on cytogenetic analysis it can guide treatment decisions. The applicability of WGS will depend on laboratory-specific practices to organize the logistics. Costs can remain an issue and larger studies involving more patients will be required to firmly establish the clinical performance of WGS.