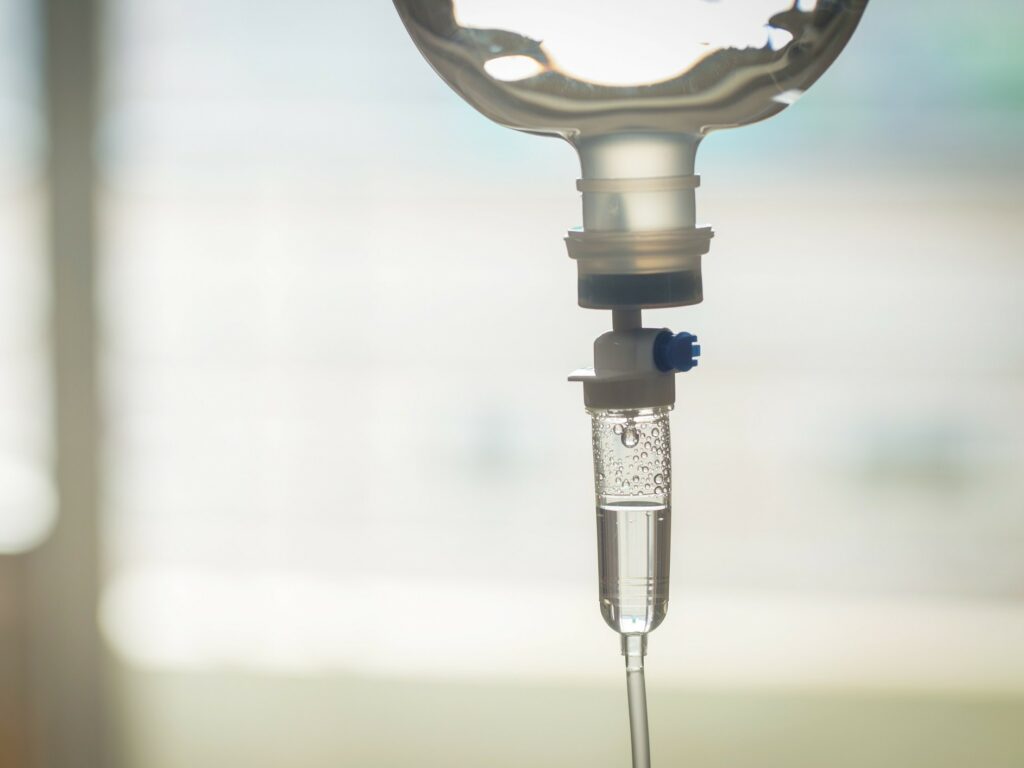 The 2-year results of the MURANO trial already reported superior survival benefits with two years of fixed treatment with venetoclax-rituximab (VenR) vs. bendamustine-rituximab (BR) in patients with relapsed or refractory chronic lymphocytic leukaemia. The 5-year update of this trial shows that VenR offers sustained benefits in progression-free survival, overall survival and minimal residual disease over BR, regardless of the presence of high-risk biomarkers.

Recent treatment advances in relapsed or refractory (R/R) chronic lymphocytic leukaemia (CLL) have led to improved outcomes and prolonged progression-free survival (PFS). Minimal residual disease (MRD) is often used in CLL clinical trials of time-limited therapies to quantify the depth of treatment response, with MRD at the end of treatment (EOT) as a predictor of long-term clinical outcomes. Achievement of undetectable MRD (uMRD) is an important goal of time-limited therapy, as it is associated with improved progression-free survival (PFS) and overall survival (OS). The 2-year results of the MURANO trial reported superior PFS and OS with venetoclax-rituximab (VenR) vs. bendamustine-rituximab (BR) in R/R CLL. Here, the MRD kinetics and updated efficacy and safety outcomes over five years are presented.

The phase III MURANO trial enrolled adult patients with a diagnosis of R/R CLL who had received 1-3 previous treatments (including at least one chemotherapy-containing regimen), with an ECOG performance status score of 0 or 1 and with adequate bone marrow, renal, and hepatic function. Patients were randomised 1:1 ratio to receive VenR or BR. Venetoclax was administered according to a 5-week schedule with a gradual increase of the dose from 20 mg to 400 mg per day. After completion of the ramp-up period, administration of rituximab (375 mg/m2 of body-surface area intravenously for the first dose [day one of cycle one] and 500 mg/m2 intravenously thereafter [day one of cycles 2-6]) was initiated in 28-day treatment cycles, while daily administration of venetoclax was continued. Administration of venetoclax at a dose of 400 mg per day was continued for two years. Bendamustine at a dose of 70 mg/m2 was administered intravenously on days one and two of each 28-day cycle for six cycles in combination with rituximab according to the aforementioned dosing schedule. The primary efficacy endpoint was PFS. Peripheral blood MRD (PB MRD) status was a secondary endpoint. Other secondary endpoints included time to next treatment (TTNT) and OS. The presence of high-risk cytogenetic and/or molecular abnormalities was also analysed: unmutated immunoglobulin heavy chain gene (IGHV), deletion in chromosome 17p [del(17p)], and genomic complexity (GC).

In total, 389 patients were enrolled, 194 received VenR and 195 BR. Median duration of follow-up was 59.2 months. With patients off treatment for three years, the PFS benefit with VenR treatment over BR was sustained (HR[95%]: 0.19[0.15-0.26]; p< 0.0001). Median PFS was 53.6 vs. 17.0 months for patients treated with VenR and BR, respectively. VenR significantly improved TTNT compared to BR (median 57.8 vs. 23.9 months, HR[95%CI]: 0.26[0.20-0.35]; p< 0.0001). Presence of high-risk cytogenetic and/or molecular abnormalities was associated with shorter median PFS among patients treated with VenR: 52.2 months vs NE (unmut-IGHV vs. mutated), 37.4 vs. 56.6 months (del(17p) and/or TP53-mut vs. TP53-wild-type), 41.7 vs. 59.8 months (GC vs. no GC). The OS benefit for patients treated with VenR vs. BR was also maintained (HR: 0.40[0.26-0.62]; p<0.0001), with 5-year OS rates of 82.1% vs. 62.2%. VenR was superior to BR, regardless of cytogenetic category. Among patients treated with VenR, those with mut-IGHV had the highest 5-year OS estimate (92.3%), and patients with del(17p) and/or TP53-mut had the lowest estimate (70.2%). VenR-treated patients with uMRD at EOT had superior OS vs. those with high-MRD+, and 3-year post-EOT survival rates were 95.3% vs. 72.9%. Eighty-three patients (42.8%) completed two years of venetoclax treatment without prior progressive disease (PD) and had uMRD at EOT. At the 5-year update, 4.8% of these patients had CLL PD without prior confirmed MRD conversion, 56.6% had confirmed MRD conversion, and 38.6% remained in uMRD status without PD. Median time from EOT to MRD conversion was 19.4 months. Of the 47 patients with documented MRD conversion, 40.4% subsequently developed PD, with a median time from conversion to PD of 25.2 months. No new safety signals were identified. Excluding non-melanoma skin cancers, two additional second primary malignancies in the VenR arm (acute myeloid leukaemia and plasma cell myeloma) were reported since the 2-year update. Rates of Richter’s transformation remained balanced between treatment arms.

In this update of MURANO, sustained survival benefits are shown with two-year fixed-duration treatment of VenR vs. BR for patients with R/R CLL. Three years after completion of treatment (5-years follow-up), VenR offers sustained PFS, OS, and MRD benefits over BR, regardless of the presence of high-risk biomarkers. A substantial proportion of patients who completed VenR treatment retained uMRD status three years post-EOT, suggesting there is a patient subset who will achieve long-term disease control. These data further support the use of fixed-duration VenR in patients with R/R CLL.