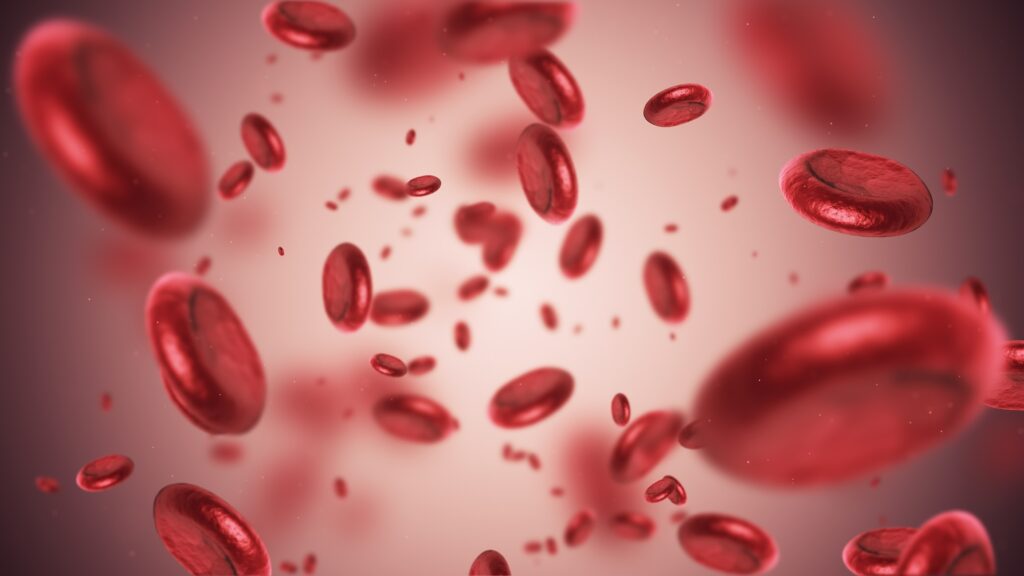 This international, open-label, single-arm, dose-finding, phase II study investigated danicopan in patients with haemolytic PNH not receiving complement inhibitor treatment. To be enrolled, patients had to have haemoglobin <12 g/dL, GPI-deficient granulocytes or type III erythrocyte clone size ≥10%, lactate dehydrogenase (LDH) ≥1.5 times upper limit of normal (ULN), and platelet counts ≥50×109/L. Patients received oral danicopan at a starting dose of 100 mg or 150 mg three times a day (tid). Dose escalations were permitted based on haemolysis control, assessed by LDH, per investigator assessment in stepwise increments up to 200 mg tid. The primary efficacy endpoint was the change in LDH concentration from baseline at day 28. Secondary efficacy parameters were change of haemoglobin concentration from baseline at days 28 and 84 and LDH change from baseline at day 84. Safety, tolerability, pharmacokinetics, and pharmacodynamics were also investigated. Patient-reported outcomes were measured at baseline and during the study via the validated Functional Assessment of Chronic Illness Therapy (FACIT)–Fatigue scale.

In total, ten untreated patients with haemolytic PNH were enrolled and received danicopan. Median age was 33 years and median disease duration was 5.9 years. Overt haemolysis was demonstrated by elevated LDH levels (1416±540 U/L, corresponding to 5.7±2.17 times ULN), increased reticulocyte count (154±69×109/L), increased total bilirubin (1.3±0.74 mg/dL), and reduced haptoglobin (5.8±2.9 mg/dL). Two patients started danicopan at 100 mg tid and increased to 150 mg tid, and eight started at 150 mg tid. Increases to 175 mg and 200 mg tid were performed in eight and four patients, respectively. All patients reached day 28 and are included in the primary endpoint analysis. Two patients discontinued treatment before day 84, one because of a serious adverse event and one for personal reasons unrelated to safety. Nine patients developed at least one adverse event (AE) during treatment, but only one was serious (elevated aspartate aminotransferase/alanine aminotransferase coincident with breakthrough haemolysis).  In total, 38 unique treatment-emergent AEs were recorded. Four of them were potentially related to danicopan, but only two of them were probably related. The most common adverse events were headache and infections, usually of the upper respiratory tract. With few exceptions, AEs were mild and resolved during the study. Intravascular haemolysis was inhibited, as demonstrated by a significant reduction in LDH levels in all patients, from a mean value of 5.7 times ULN at baseline to 1.8 times ULN at day 28 (p<0.001). This demonstrates achievement of the primary endpoint. Significant reductions in LDH from baseline were sustained throughout the study, with 2.2 times ULN (p< 0.001) at day 84. Treatment with danicopan translated into an improvement of anaemia: mean haemoglobin increased from 9.8 g/dL at baseline to 10.9 g/dL at day 28 and 11.5 g/dL at day 84 (p< 0.005). There was a slight increase in serum C3 (p=0.08) likely from reduced C3 consumption because of upstream complement blockade. Importantly, C3 fragment deposition on erythrocytes was very low (<0.5% of erythrocytes) throughout treatment. The Mean baseline Functional Assessment of Chronic Illness Therapy–Fatigue score of 34, increased by 9 (day 28) and 13 (day 84) points.