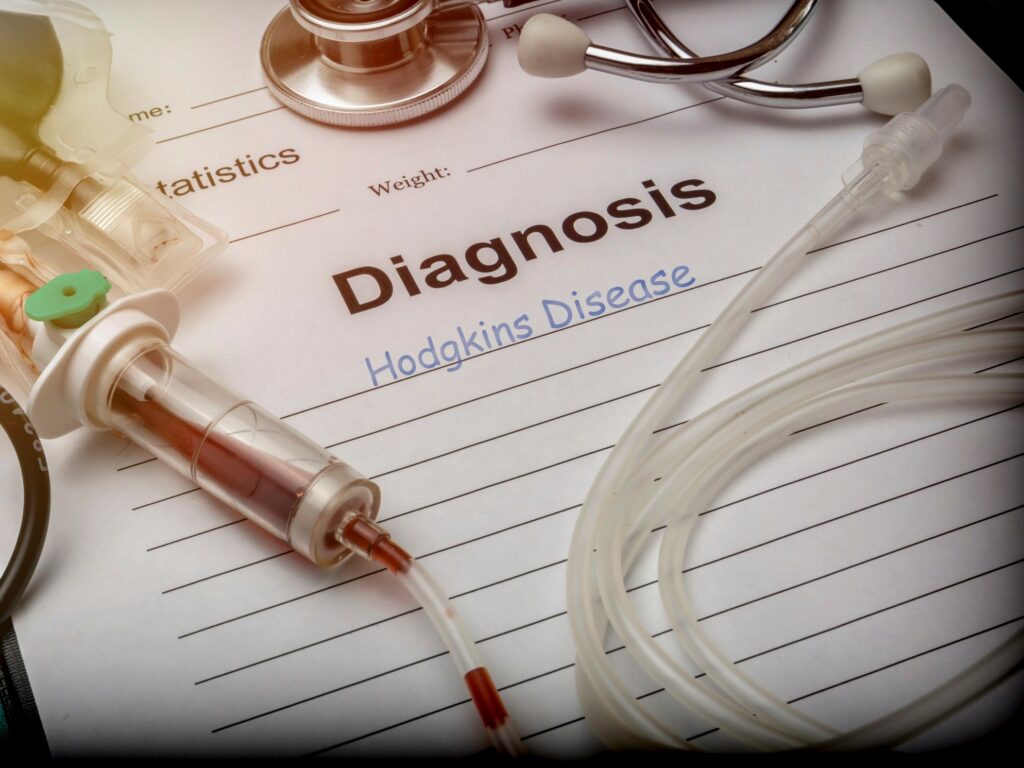 For decades, first-line treatment with doxorubicin, bleomycin, vinblastine, and dacarbazine (ABVD) has been the standard of care for the treatment of advanced stage classic Hodgkin’s lymphoma. However, a substantial proportion of patients with stage III or IV disease have a relapse or disease that is refractory to ABVD. In the phase III ECHELON-1 trial, first-line treatment with brentuximab vedotin plus doxorubicin, vinblastine, and dacarbazine (A+AVD) significantly improved modified progression-free survival as compared with ABVD, among patients with newly diagnosed stage III or IV Hodgkin’s lymphoma. After approximately six years of follow-up, the results of an overall survival analysis of A+AVD vs. ABVD from the ECHELON-1 trial are presented.

This multicentre, randomised, open-label trial enrolled adult patients with stage III or IV Hodgkin’s lymphoma. Patients were randomised 1:1 to receive up to six cycles of A+AVD or ABVD. The A+AVD regimen consisted of 1.2 mg of brentuximab vedotin/kg of body weight, 25 mg of doxorubicin/m2 of body-surface area, 6 mg of vinblastine/m2, and 375 mg of dacarbazine/m2. The ABVD regimen consisted of 25 mg of doxorubicin/m2, 10 U of bleomycin/m2, 6 mg of vinblastine/m2, and 375 mg of dacarbazine/m2. In each regimen, drugs were administered intravenously on days 1 and 15 of each 28-day cycle for up to six cycles. The primary endpoint was modified progression-free survival and has been reported previously. The key secondary endpoint was overall survival (OS) in the intention-to-treat population. Safety was also assessed.

A total of 1,334 patients were enrolled in the trial and assigned to the A+AVD group (N= 664) or the ABVD group (N= 670). At a median follow-up of 73 months, 39 patients in the A+AVD group and 64 in the ABVD group had died. Overall survival significantly favoured A+AVD over ABVD (HR for death[95%CI]: 0.59[0.40-0.88]; p= 0.009). The 6-year overall survival estimates were 93.9% vs. 89.4% in the A+AVD and ABVD groups, respectively. Age, non-white race, ECOG performance-status score, and positron-emission tomography status at the end of the second cycle of treatment (PET2) status (negative or positive) were identified as the covariates with the greatest evidence of association with OS. The 6-year OS estimates favoured A+AVD over ABVD among both PET2-negative patients (94.9% vs. 90.6%) and PET2-positive patients (95% vs. 77). PFS was longer with A+AVD than with ABVD. The 6-year PFS estimates were 82.3% with A+AVD and 74.5% with ABVD (HR disease progression or death[95%CI: 0.68[0.53-0.86]). The 6-year PFS estimates favoured A+AVD over ABVD across various subgroups, including subgroups defined according to disease stage (III or IV) and PET2-negative status. In total, 32 of 39 deaths in the A+AVD group and 45 of 64 in the ABVD groups were related to Hodgkin’s lymphoma or treatment complications. Fewer patients in the A+AVD group than in the ABVD group received subsequent therapy (20.4 vs. 23.8%), including transplantation. A second cancer was reported in 23 patients (3.5%) who received A+AVD and in 32 (4.9%) who received ABVD. More patients had peripheral neuropathy with A+AVD than with ABVD (18.9% vs. 9%), but most patients (85.6%) in the two groups had resolution or amelioration of the event by the last follow-up. As previously reported, a higher incidence of febrile neutropenia was observed with A+AVD (19.3%) than with ABVD (7.9%), but the incidence was lower and was similar to that observed with ABVD among patients who received A+AVD with G-CSF primary prophylaxis (10.8%).

In patients with previously untreated stage III or IV Hodgkin’s lymphoma, treatment with A+AVD significantly improves OS vs. ABVD. Fewer patients in the A+AVD group than in the ABVD group received subsequent therapy or suffered a second cancer. Although more patients had peripheral neuropathy with A+AVD than with ABVD, most patients in the two groups had resolution or amelioration of the event by the last follow-up. Taken together, these results suggest that A+AVD is superior to ABVD for the first-line treatment of newly diagnosed stage III or IV Hodgkin’s lymphoma.